Exclusive premiere of the new track by Texture and Hypnokid. Leafy!

Something a little bit special for our readers this week – a track premiere from science fiction-influenced wordsmith Texture (who, we should reveal, also helps out behind the scenes from time to time at Revel HQ).

Taken from the forthcoming EP Forest Gods, MXXNLIGHT is produced by Hypnokid, an up-and-coming Glasgow producer who already has a huge, diverse batch of EPs and albums available through his Bandcamp and on streaming sites. We featured Hypnokid a while back, and we’re excited to hear how his delicately-crafted, bass-laden trap sounds with Texture’s words. The full EP, dropping in August, also features a guest verse from multi-talented producer, rapper and breakdancer Ashtronomik on the track BURNT TRAIL.

“Being in the forest feels holy to me, as an atheist…”

“This EP was inspired by a couple of things,” says Texture. “First up, I had wanted to hear Ashtronomik on one of these Hypnokid beats – Hypno and I had planned a collab a while ago, and Ash was the first rapper I thought of when I heard his crazy beat for BURNT TRAIL. I was also a huge fan of Ashtronomik’s Abruptly – which was one of my tunes of 2020, for sure.”

What connection does he have to the forest, as a writer who usually deals in science fiction imagery? “MXXNLIGHT, and especially FOREST GODS, are both inspired by the long walks I’ve been taking under lockdown, up into the hills and along the rivers where I live,” he says.

“Being in the forest feels holy to me, as an atheist, and I wanted to write about that. Finally, I wanted to give people another taste of the music I am making now, before I drop ILLVMINATE with Asthmatic Astronaut on This Is Not Pop later in 2020. That album is such a massive project, two years and lots of planning went into it, so it was refreshing to take a break and make FOREST GODS in just three weeks, start to finish.” It will be a free EP, intended as a thank you to his followers on Bandcamp.

In anticipation of his big collaboration with AA, it seems like Texture swapped his cyberpunk strides for something a little more pagan and wild… Check out our exclusive preview of MXXNLIGHT, and have a look at these even more exclusive edits of the artwork by our very own Miff Morris.

Scottish, musician/producer Duncan Black aka Hypnokid initiated his creative journey back in 2007, directing his inventiveness into the creation of hip-hop beats after pouring his creative juices into singer/song-writing and guitar playing for a while.

After a series of live performances with his guitar, he began to realise that he wasn’t feeling comfortable on stage and took time out to figure how to tap into his authentic expression, and channel his creative flow.

Through a natural process of self-awareness and acknowledgement, he found the power and creative fluidity he had been seeking through electronic music, and threw himself into the myriad sub-genres of electronica, extracting influences from strains of witch-house, trap, grime and liquid drum & bass.

He found himself focusing his craftsmanship within the interconnected, evolving sound of wave music, popularised by labels like wavemob. For the uninitiated, wave sits in the overlap of the venn diagram of pretty much all of our electronic and hip hop collections and playlists, taking aesthetic cues from dubstep, ambient, hip-hop, trap, rave, and more, yet it’s something distinct and special.

We spoke briefly with Hypnokid about what music means to him, and his musical inspirations.

“I’m obsessed with music. The cathartic nature of it has helped me massively in my life,” Black told Revel Rousers. His instinct is to try any musical form he encounters, as a production challenge: “If I hear something new that I love, I’ll most likely attempt to create something myself.”

That journey has taken him closer and closer to the complex hybrid aesthetic of wave, he explains. “I’ve been leaning more towards the wave side of things which contains elements of dubstep, jungle, house, techno and hip-hop. The wave artists that I look up to are Skeler, Kareful, Deadcrow and enjoii.”

The hauntological approach of Burial and other Hyperdub artists runs through the veins of Duncan’s production work, with his echoing keys and sampled provoking a strong sense of dusty, dystopian nostalgia through contorted samples and spacey, dream-like instrumental elements. Great swathes of emotion and melody are enfolded in a claustrophobic tension between past and future, like an echo of an imagined retrofuturism. Hypnokid’s music inhabits the spectral present, haunted by dreams of a broken future.

His most recent ten-track liquid d&b album Hear Your Voice was released 30 May. The tracks explore an elegant array of jazzy, groove laden themes, that are equal parts beautiful, graceful and emotive. Hypnokid incorporates some of the more chill wave elements from his other productions to impressive effect, augmenting the mix with live harp-string instrumentation laid down by friend and creative collaborator Anise Pearson.

It’s evident through Hypnokid’s most recent album and EP releases that he has been finding his way to creative distinction, acquiring increased nuance and complexity in his production style with each release. It is an approach uniquely suited to wave music, which continues to evolve as a genre.

Also last month, he released the evocative EP In My Mind, which presented elements of trap and witch house, bringing back a welcome echo of that genre’s chopped and screwed hip-hop soundscapes.

Hypnokid is a young producer just beginning to flourish in ways his early career could not perhaps have predicted, but that early musicality and sense of melody serves him well as he explores the realms of sub bass and epic drops. His progress has been increasingly interesting to watch. Keep an ear out for his forthcoming releases and collaborations, and prepare to be hypnotised. 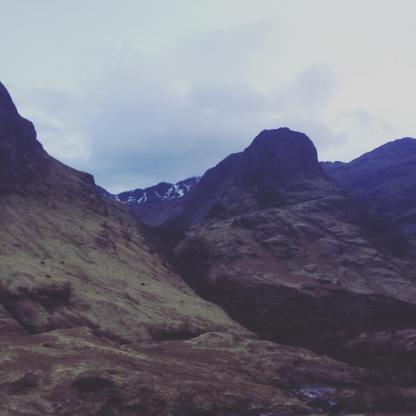